Data shows that searches for "North Korea", "Kim-Jong un", "and "Nuclear Weapons" spiked during the same period of time in the United States, typically during verbal threats and conflicts between the North Korean and American leaders. The largest spike in these searches during the last year happened when North Koreea was preparing to test missiles off the coast of Guam, so naturally, searches for Guam on the day, August 12, had the highest spike in the last year. Searches for all our terms are also significantly more frequent in Hawaii and Alaska. Both US states are within firing range of a potential missile from North Korea. After Kim-Jumg un announced plans for the release of several missliles off the coast of Guam, Hawaii, another Pacific Island, is situated less than 4,000 miles from Guam and therefore was concerned by a possibility that they might be next. Alaska is actually located closer to North Korea and a larger target than Hawaii, so their search numbers were equally large. 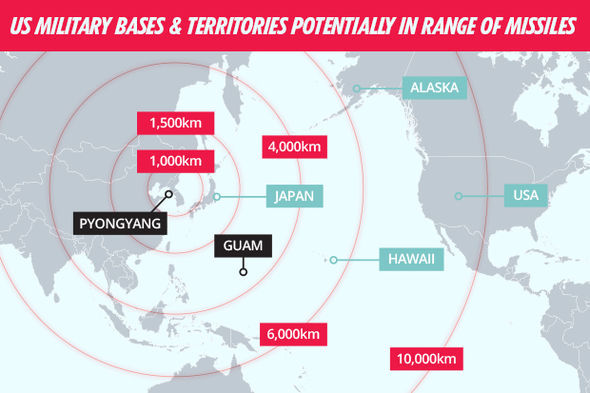 So, citizens of the United States are very concerned about the crisis with North Korea. The closer the state is geographically to North Korea,the more likely they are to be concerned when there is a verbal conflict between the two countries.